Charles Michel: Soon there will be positive developments for the Western Balkans

At the Prespa Forum for Dialogue, the President of the European Council, Charles Michel, said that positive developments are expected next week regarding the start of negotiations for EU membership.

The Prespa Forum for Dialogue on “Building the Future of the Western Balkans in Contemporary Security Architecture” addresses the most pressing issues of political and economic security facing Europe and the Western Balkans today, with a particular focus on the implications of the Ukraine in the general international situation, political, security, economic opportunities in Europe and beyond.

According to authorities in Skopje, the Prespa Forum for Dialogue is a platform to protect, promote and channel the benefits of political agreements.

Confirmation on the map of the international community

The Minister of Foreign Affairs, Bujar Osmani, said in “Prespa Forum Dialogue” that by organizing this important event, Northern Macedonia has confirmed its place on the map of the international community as a serious partner from where positive initiatives emerge and once achieved to show itself as a significant ally especially when it comes to contributing to international relations ”. 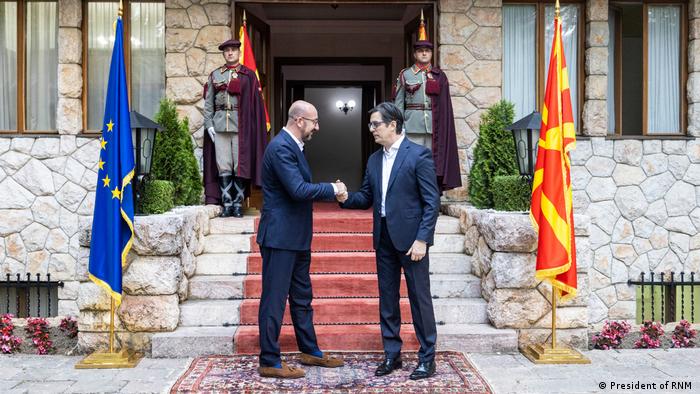 The Prespa Forum is attended by the President of the European Council, Charles Michel, the President of Montenegro, Milo Djukanovic, the President of Kosovo, Vjosa Osmani, the Slovenian President, Borut Pahor, the Croatian, Zoran Milanovic, and the EU Commissioner for Enlargement and Neighborhood Policy. Oliver Varhelyi.

The Prime Minister of Northern Macedonia Dimitar Kovacevski met with the President of the European Council Charles Michel to discuss the geopolitical challenges posed by the Russian aggression in Ukraine and the acceleration of the integration of the Western Balkans into the EU. 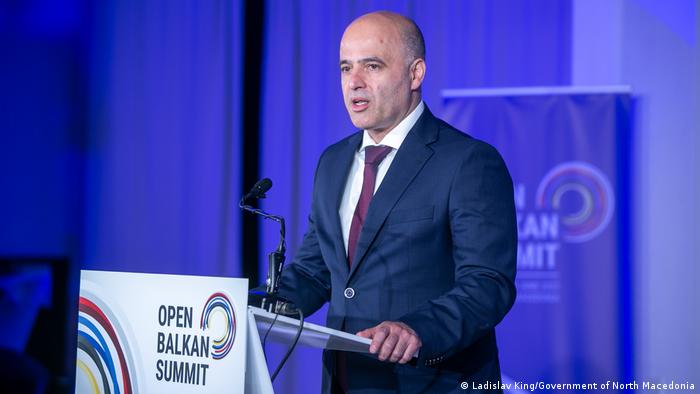 “Northern Macedonia has fully met the conditions for the start of talks with the EU and on the basis of which the recommendation for the unconditional start of the opening of chapters in March 2020 has been approved,” Kovacevski said.

Michel: There will be positive developments soon

European Council President Charles Michel said in Ohrid that positive developments are expected next week regarding the start of negotiations for membership in the European Union. “The EU is strongly committed to Northern Macedonia and Albania starting EU membership negotiations. We are making every effort to find a mutually acceptable solution to the open issues with the Bulgarian side. I am involved in this together with France and the EU and we want to help this process move forward. “I am convinced that soon there will be a very positive development, which will be very important for your country and the whole region,” said Charles Michel.

Pendarovski: We have not seen the French proposal

The President of Northern Macedonia, Stevo Pendarovski, said after the meeting with Charles Michel that so far no French proposal has been reached in the country for resolving the dispute with Sofia. Pendarovski does not want to comment on developments in the political scene in Bulgaria, because, as he said, it is an internal matter of Sofia. “We in Skopje have not seen any French proposals. We are talking to our Bulgarian colleagues and we have been informed about these talks by the Ministry of Foreign Affairs. I do not intend to comment on what is happening in Sofia, it is their internal political dynamics. “We are talking to our Bulgarian colleagues in the framework of the dialogue we have had for months,” said President Pendarovski./DW

Fatal drug, 10,000 times stronger than morphine is being sold in the “dark network” (photos)

Kosovo / Two houses in Obiliq are burning, due to a suspected defect in the electricity network

“Who wrote it first?” / Semi & Donald reveal details of how their relationship is now

Publication of salaries / DP: SPAK not to be silent, the Government can not hide from responsibility