Armored doors / Are these the interior of the PD? Topalli posts the photo: No words!

Former Albanian Parliament Speaker, Jozefina Topalli has published photos from the inside of the Democratic Party, where an armored door can be seen.

Recall that other photos have been published, showing the armor of some of the doors of the building and added security cameras.

On the other hand, the leader of the Democrats, Lulzim Basha, denies that measures are being taken in the building for the January 8 protest announced by Sali Berisha.

According to him, normal reconstructions are being carried out, as new secretariats are being opened.

Basha not only did not submit to the ultimatum set by Berisha, but also did not allow the members of the Provisional Commission for the Re-establishment of the Democratic Party, supporters of Berisha to enter the headquarters.

The complicated situation for months within the DP, seems to have no end, as it gets worse day by day.

On the other hand, according to the General Secretary of the Democratic Party, Gazment Bardhi, the protest called by Berisha is a call for violence, which favors only the government, led by Prime Minister Edi Rama.

While this Wednesday, Aldo Bumçi part of the Provisional Re-establishment Group said that the bunker will be released on Saturday and will return to the house of the Democrats.

It is not yet known what will happen on Saturday, in the protest announced by Berisha, whether there will be scenes of violence or a peaceful protest. 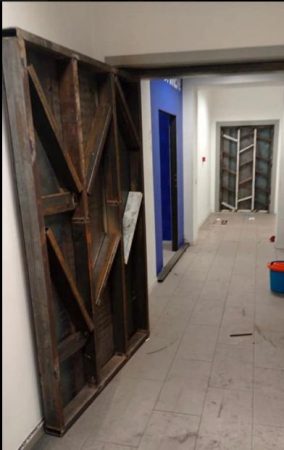 Biden: We will not send missiles to Ukraine that can reach Russia

“I broke my arm” / Angel leaves Big Brother’s house, explanation: He will receive treatment in hospital

“I want to have 2 daughters”, Arjola-Beniada: Do it with Romeo

Kushi receives President Armand Duka and representatives of the AFF: Will and commitment for the development of sports and the support of the Federations