He risks insulin treatment because he cannot get the recommendation! Family doctor: The system is to blame!

Citizen Spiro Gega from the Libonik village of Maliq complains on the show Fiks Fare that doctors are endangering his life.

Also, the camp file has not been completed for this patient for a long time. For the revolted Fix he says that there is no hope for solving the problem! Emphasizing that he is not asking for anything more from this state except what belongs to him. The document about the camp and above all the medicines that keep him alive. The journalists of Fiks go and meet the family doctor of Mr. Spiro who is also the link. the first of this problem in terms of issuing the recommendation.

The doctor says for Fiks that it is impossible to make the recommendation, the system does not allow it, as the endocrinologist and neurologist in the polyclinic of specialties have no free date. She also says that this problem has been for several weeks or even months and they suffer many other patients.According to the family doctor the local health care unit is also aware, but has never provided an answer to the problem addressed.

The family doctor also makes available the notebook where he keeps a list of all the persons that he cannot refer to the specialist doctor. According to her, the pandemic is the cause that creates this cramp, because one of the endocrinologists has been absent from work for several days, the family doctor tells Fiks.

To get an answer to the problem, journalists communicate by phone with the director of the Local Health Care Unit in Korça. The director tells Fiks that this situation may have been created due to the reduction of specialist doctors from the covid pandemic 19, but that emergencies have not remained unaddressed.

Meanwhile, for the specific case, the director explains that he has no knowledge, despite the fact that the journalists of Fiks tell him that he himself is part of the group in which the family doctor sends messages about the problems. However the director asks the journalists to send an identity card of the patient to plan it immediately to the specialist doctor!

Citizen Spiro Gega, happy for the solution of his problem where he can finally take the medicines that keep him alive, thanks Fiks, saying: The state is not happy that it is the show Fiks Fare that solves our problems! 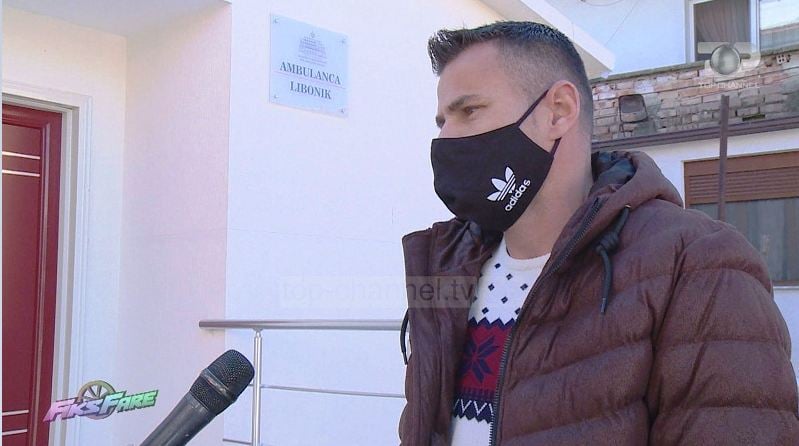 Erdogan in Tirana, echo in Greece / Greek media comments on the visit of the Turkish president, “visit of a sultan”

Erdogan’s visit on the day of Skanderbeg / Rama’s death: Coincidence! Albania should not be “more Catholic than the Pope”! Good brave with many friends

In Japan, the number of daily cases of COVID-19 exceeds 30,000 for the first time

The Russian president will meet with his Iranian counterpart in Moscow

“You want to have it for yourself” / Iliri debates with Donald: Monica shut up

Publication of data of 630 thousand citizens / Expert in Open: National security is violated

“Hooded and armed people”, Braho: A society without opposition turns into dictatorship

As Germany is becoming the new paradise of Albanians, about 30 thousand residence permits were issued in three years

Rama in conference with Erdogan: The first technology park in our country is coming to life thanks to the support of the Turkish president