Clashes have erupted between politicians in EU countries ahead of discussions on a so-called “vaccine passport” plan to allow travel between member states.

Greece, Italy, Spain and Portugal are among the member states in favor of the coronavirus passport plan, as is European Commission chief Ursula Von der Leyen.

French President Emmanuel Macron has come under fire in the country after urging his health council this week to create tools that will allow the French to live normally despite the virus.

He commented: “This idea is triumphing, as Matignon says about Health Passports! And if we add to this the necessary codes that will be needed to enter a restaurant, we will have a zombie society; control, tracking, surveillance. We must fight this hell to the end! ”

But despite Philippot’s skepticism about vaccine passports, EU countries are expected to implement the plan nationally.

He told the daily Bild that he would rather have a digital passport on the phone, adding that this was “an important part” of the vaccination.

Kurz said: “Everyone who is vaccinated will have complete freedom. “But also for those who have just passed the coronavirus and are immune, or for those who test negative by the test.”

“This way we would have the freedom to travel to Europe to work and go on vacation, to enjoy culture, sports and more. I personally am optimistic about the summer. “Vaccine coverage in the summer will be high.”

The Prime Minister of Bavaria in Germany, Markus Soder, said that he was open to “special solutions” for those who are vaccinated.

He said: “In the long run, it cannot happen that if a large number of people are vaccinated, they will suffer restrictions because of those who have not been vaccinated.” /Express.co.uk/ 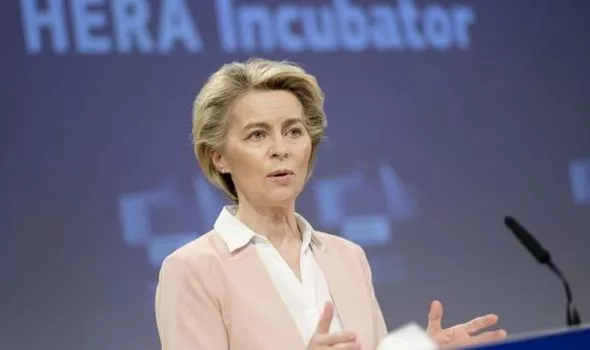 Von der Leyen is in favor of the coronavirus passport plan

Jozefina Topalli’s party, “Movement for Change” the first to submit the list to the CEC

31 different types of COVID are detected in Denmark

Prince Harry and Meghan talk about the royal rift

The earth trembles! Strong earthquake in Greece, tremors are felt as far as our country